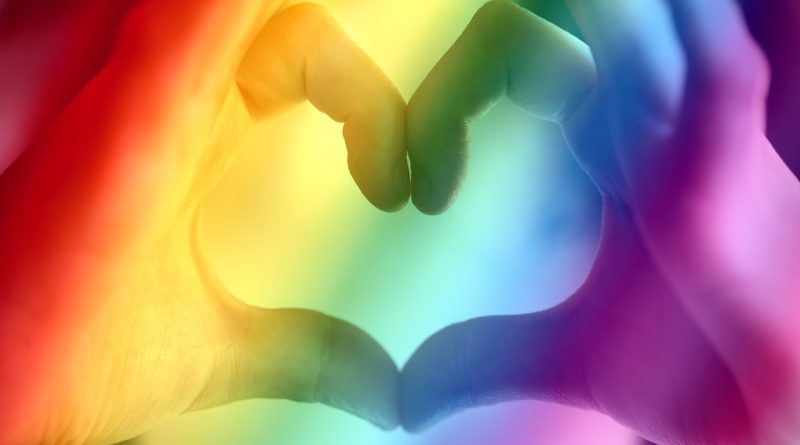 by the Rev. Dr. Riddick Weber

Since this is essentially a question of scriptural interpretation, I would suggest that readers first read the “Guiding Principles of Biblical Interpretation,” developed by the Interprovincial Faith and Order Commission, and approved by the PECs of both the Northern and Southern Provinces.  https://issuu.com/moravianseminary/docs/hinge_special_june2014

While I believe my writing that follows adheres to these principles in general, I would draw special attention to a few parts of the document in particular. This document quotes from the Ground of the Unity noting: “The Triune God as revealed in the Holy Scripture of the Old and New Testaments is the only source of our life and salvation; and this scripture is the sole standard of the doctrine and faith of the Unitas Fratrum and therefore shapes our life.” God is the source of salvation; scripture shapes, not dictates, our lives.

We do not believe that we have always known or understood the fullness of the truth, nor even that we do now.

In addition, “[t]he Unitas Fratrum takes part on the continual search for sound doctrine. We do not believe that we have always known or understood the fullness of the truth, nor even that we do now. Furthermore, “we affirm that not all texts are equally clear. With Zinzendorf we affirm that scriptural passages have varying degrees of clarity: Basic truths about salvation (that are clear), Matters of knowledge that require historical understanding, Mysteries that remain uncertain (even for those with the tools).” Considerations for interpretation include: “there is no one way to read scripture. Given the diverse witness of scripture, we believe that any particular scriptural text must be interpreted in the light of all scripture. Our interpretation is guided by heart and mind, piety and rationality, doing and thinking.” To interpret scripture faithfully we must acknowledge: “The historical context out of which it arose. The contemporary cultural and global contexts out of which questions of interpretation arise (including scientific, archeological, and other forms of knowledge).” And lastly, “We affirm we affirm the importance to Moravians of relationships to each other and God, and assert that biblical interpretation happens most faithfully in conversation and fellowship with one another, not as individuals (or even as individual congregations or provinces.)” Relationships and conversations, often deep and painful, have impacted my interpretation.

In my wrestling with the topic of homosexuality, I have moved from a stance that argues that it is clearly forbidden in scripture and so it must therefore be wrong. I moved away from this stance neither quickly nor easily. At first I had to deal with the verses that I had been taught clearly forbade homosexual contact, for example, Leviticus 18:22 “You shall not lie with a male as with a woman; it is an abomination.” Though I had first interpreted this to be a complete condemnation of homosexual activity, others’ interpretations made wrestle with questions such as “Why does the verse not clearly say, ‘you shall not lie with a male?’ Why does it add the qualifier, ‘as with a woman.’” I read quite a few books, including several by evangelical authors who wrestled with the relatively few passages that supposedly dealt with homosexual relationships or homoerotic activity. They raised many questions of definition and application that are too detailed to address here, but these authors helped me recognize that the few scriptural arguments against homosexuality were not as definitive as I had thought. For a while, that was enough for me. Eventually, I also began to consider Leviticus contains many other passages that we do not take literally.

27 “‘Do not cut the hair at the sides of your head or clip off the edges of your beard.

13 If a man lies with a male as with a woman, both of them have committed an abomination; they shall be put to death; their blood is upon them.

18 If someone has a stubborn and rebellious son who will not obey his father and mother, who does not heed them when they discipline him, 19 then his father and his mother shall take hold of him and bring him out to the elders of his town at the gate of that place. 20 They shall say to the elders of his town, “This son of ours is stubborn and rebellious. He will not obey us. He is a glutton and a drunkard.” 21 Then all the men of the town shall stone him to death. So you shall purge the evil from your midst; and all Israel will hear, and be afraid.

But we also take other passages from the Old Testament literally, including:

Most of us take literally these verses,

Some of us take this somewhat literally:

8 Bind them as a sign on your hand, fix them as an emblem[b] on your forehead, 9 and write them on the doorposts of your house and on your gates.

But most of us ignore it completely.

Acknowledging the fact that I (and I believe many others) do place different weight on different passages made it easier for me to accept that just because the Bible says something does not necessarily mean that I have to take it literally, which is in keeping with our “Guiding Principles of Biblical Interpretation.”

What might scripture have to say to their life in a positive fashion?

However, I know a quite a few LGBT+ persons, and I realized that my approach to scripture should not just be explaining away negative prohibitions. For their sake, I began to ponder “what might scripture have to say to their life in a positive fashion?”

Both the Old Testament and the New Testament tell their readers to be open to the new things God will continue to do.

God says, “From this time forward I make you hear new things, hidden things that you have not known.”

12 “I still have many things to say to you, but you cannot bear them now. 13 When the Spirit of truth comes, he will guide you into all the truth; for he will not speak on his own, but will speak whatever he hears, and he will declare to you the things that are to come.

Since I have begun to look for positive verses, I have found many relevant scriptures. I will offer two. Though the whole of Galatians 5 could be studied in depth from and open and affirming perspective, in verses 22-23 in particular, Paul writes

“By contrast, the fruit of the Spirit is love, joy, peace, patience, kindness, generosity, faithfulness, gentleness, and self-control. There is no law against such things.”

As I thought about the LGBT+ persons that I have met, I looked at their lives. In many of their lives I saw the fruits of the Spirit, especially as they were exhibited towards their partners, and in the service they offered to the church, or hope they could offer to the church. I pondered, if they are exhibiting the fruits of the Spirit in their lives, is that not evidence that the Spirit is at work in their lives? Furthermore, could the Spirit be at work in the lives if acting on homosexual attraction was the abomination that I had been taught is was? Therefore, I wondered, maybe homosexual activity was not the immediate abomination or impediment to God’s work or sin that I had been originally taught. By the way, Peter works through a similar argument considering the work of the Spirit among some Gentiles in Acts 10.

We do well to note that the Galatians 5:22 begins with the words “By contrast.”  “By contrast to what?” Earlier, in verses 19-21 Paul had instructed the Galatian church that

I am aware that for some, the inclusion of fornication on this list rules out allowing any homosexual activity, especially for those who are unwilling to allow for the possibility of homosexual marriage within a Christian context. However, among the LGBT+ persons I have known are many who initially tried not to act on the homosexual orientation; some even married to try to hide it, or at least not give into it. Marrying and having sex with women did not cure or convert them, rather they found their lives very difficult and at times leading to fornication, anger, quarreling, drunkenness and carousing. What these LGBT+ people thought or had been taught would lead them to a good life was having the opposite effect. Rather than finding fruitful spiritual lives, they were suffering.

These persons then made painful decisions, with difficult personal and professional impacts for themselves, the people they had married, and their children, to be honest about the sexual orientation and to seek relationships based on that. In the process, often over a long period of time, their lives, and even the lives of their loved ones initially hurt by those decisions have begun to show the fruits of the Spirit.

Stealing away the opportunity for LGBT+ persons to be open about who they are and to live in committed relationships can indeed kill and destroy.

The most important passage to me is John 10. In the broader passage Jesus uses the language of the good shepherd to talk about his love for humanity. Jesus begins John 10:10 by contrasting the good shepherd with the thief who “comes only to steal and kill and destroy.” Stealing away the opportunity for LGBT+ persons to be open about who they are and to live in committed relationships can indeed kill and destroy. National data shows that LGBT+ persons, especially youth, suffer rejection and have much higher suicide rates than the general population. As noted above in the context of the two lists in Galatians, I know many LGBT+ persons, several quite well, who tried to cover up, cure, or deny who they are. The destruction that they and their loved ones experienced was quite evident.

Jesus ends John 10:10 claiming “I came that they might have life and have it abundantly.” When I look at the LGBT+ persons I know, they have far more abundant lives when they can be open about their sexuality and can be in relationships that allow them to be who they are. 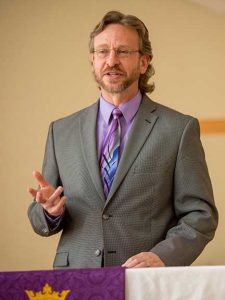 Galatians 5:22-23 and John 10:10 are scriptures that I believe can be used positively to support LGBT+ persons and how we and our church can be open loving to them—including the LGBT+ persons who are already our members.

The Rev. Dr. C. Riddick Weber is Associate Professor of the Practice of Ministry at Moravian Theological Seminary in Bethlehem, PA.  He has served as pastor of Fairview Moravian Church in Winston-Salem, NC. 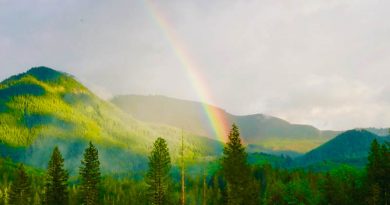