by the Rev. Bill Gramley

I know that the topic is about how to regard homosexuals and I simply want to point out what the gospel of Jesus Christ has to say about marginal persons.  Jesus did not deal with homosexuality, but he did denounce the danger of lust and equated it with adultery (Matthew 5: 27-32). He was speaking to men in their relationship with women.  Paul does denounce homosexuality in the first chapter of Romans and includes it with a list of other acts against God’s standards such as envy, murder, strife, inventors of evil, and similar forms of disrespect.  What we find in the Gospels is the emphasis Jesus put on the difference between exclusion and inclusion.  Inclusion is the good news, the affirmation of God’s love for persons regardless of their condition, and exclusion is restricting the love of God for persons whose status and condition is regarded as unsavory.

Jesus came to include persons who were considered sinful, unworthy, unclean, and simply not good and righteous enough to be members of the community of faith, the covenant people of God.

If you read the sentence in John’s opening chapter, 1: 11, you note, “He (Jesus) came to his own home, and his own people received him not.”  One of the main reasons they did not receive him is that he came to include persons who were considered sinful, unworthy, unclean, and simply not good and righteous enough to be members of the community of faith, the covenant people of God.  John clearly points out in 3: 17, “For God sent the Son into the world, not to condemn the world, but that the world might be saved through him.”  I believe God called Abram and created a covenant people to be a blessing to the nations (see Genesis 12: 1-3), to persons outside the beginning group.  They are to be a light to the nations (see Isaiah 49:6).

It is very clear that the original covenant people forsook God’s intention and consistently worshipped the fertility gods and goddesses of the Canaanites and other surrounding cultures rather than do justice, love mercy, and walk in the ways of God.  They were also told to welcome strangers and outsiders.  By the time Jesus came, the covenant people had drawn a boundary around who was righteous and who wasn’t.  There was no room for outsiders. They had a number of laws of their own construction to spell this out.  When Jesus was denounced for hanging around with tax collectors and sinners, he was regarded as a glutton and a drunkard (Matthew 11: 18-19).

Why was Jesus doing this sort of thing, like blessing a woman of the city, who was a sinner, who came into Simon the Pharisee’s house to kiss Jesus’s feet (Luke 7: 36-50), or telling a Samaritan woman who had had five husbands and was living with a man who was now not her husband that she could have the living water of redemption (John 4: 7-30)?  And why did he have compassion on a Roman centurion and heal his servant (Matthew 8: 5-13) and a Canaanite woman whose daughter was sick (Mark 7: 24-30)?  In fact, The Jews said to one another, “Where does this man intend to go that we shall not find him?  Does he intend to go to the Dispersion among the Greeks and teach the Greeks?” (John 7: 35) In other words, does he intend to include the Gentiles who are clearly not part of the covenant people?

In my opinion, the story of the prodigal son and the elder brother show the staunch unwillingness of the established religious community to welcome home anyone who has been or is sinful.  The elder brother is so angry with his father’s compassion for the wayward son that he refuses to go into the joyful celebration of redemption.  (See Luke 15: 11-32) We see the same sort of self-righteous selfishness by the workers in the vineyard who have toiled all day and who begrudge the generosity of the householder who gives to those who were called late in the day to work the same payment as they got!  (See Matthew 20: 1-15) They simply regard the late-comers as unworthy fringe persons who should not benefit from the owner’s care and compassion about meeting their needs.

Jesus is quite harsh in denouncing the Pharisees and other religious leaders, which he was obviously doing in telling these two stories.

Jesus is quite harsh in denouncing the Pharisees and other religious leaders, which he was obviously doing in telling these two stories.  At one point he says to them, “Truly, I say to you, the tax collectors and the harlots go into the kingdom of God before you.  For John came to you in the way of righteousness, and you did not believe him, but the tax collectors and the harlots believed him; and even when you saw it, you did not afterward repent and believe him.” (Matthew 21: 31b-32)

Eventually Jesus was taken to the cross and was crucified because he loves all of us, regardless of our status or condition.  Certainly Paul, who persecuted the early followers of Christ, knew that he was redeemed in spite of what he had done (see, for example 1 Timothy 1: 12-17).  We also ought to let Christ live in us, unworthy as we are. 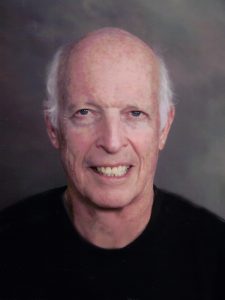 My point in writing this is to ask whether homosexuals should continue to be ostracized and sometimes harassed and excluded from our faith communities?  If we receive Him who loves us all, we have a foundation from which to deal with what it means to be inclusive.  Eventually, the Church began to see the insane, victims of abuse, lepers, the handicapped, and many other categories of persons to be worthy of care, support, understanding, education, and healing. In recent years we have discovered that homosexuals are born with their particular sexual orientation.  That insight helps us understand with tolerance who they are.  The question is, “How shall we affirm these persons and their desire to have love and loyalty and to let them know they belong to the Body of Christ, the inclusive love of God?”

The Rev. Bill Gramley is a retired Moravian pastor who has served pastorates in the West Indies, Pennsylvania, and North Carolina.  He served for many years as the executive director of the Board of Christian Education of the Southern Province of the Moravian Church.  He was the 1990 recipient of the Moravian Theological Seminary John Hus Alumni Award. 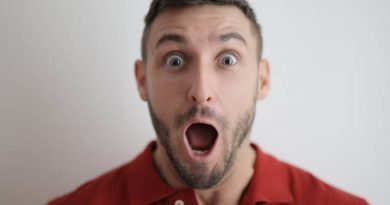 Reaching a Theological Position on Human Sexuality Through Heart Theology